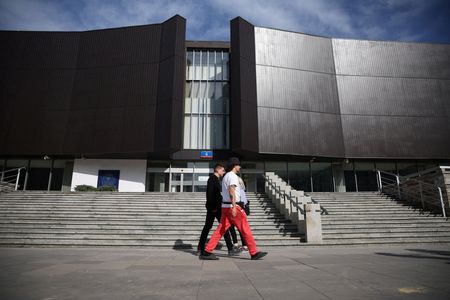 With the main interest rate staying at 6.75% for a fourth month in a row in January and inflation for December coming in lower than expected, markets’ focus has turned to when the National Bank of Poland (NBP) could start loosening policy.

“I believe that the Monetary Policy Council will not raise interest rates this year, but at the same time I do not see room to lower them in 2023,” said Kotecki, who is a member of the central bank’s rate-setting monetary policy council.

Kotecki said even talking about lower rates at the moment risked weakening the impact of monetary policy.

A statistics office flash estimate showed that inflation was 16.6% in December. Kotecki said that in 2023 average annual inflation will be around 14%, and it will peak in February at around 20%.

After that, the price growth rate will gradually decrease and at the end of the year it may stabilise at a lower, but still double-digit level of 11-13%.

“Then what about interest rates? Nothing. The MPC has de facto ended the hike cycle, although formally it is in a phase of monetary policy tightening. Talking about rate cuts at the moment is, in my opinion, a communication error,” that weakens the impact of monetary policy, he said.

“It is like shooting yourself in the foot. Look what the Fed or the ECB are doing. They are deliberately exaggerating about how hawkish they will be, and we, pretending to be hawks, say that in a moment we will be doves,” he added.

Kotecki believes that inflation will still be far from the inflation target of 2.5% plus or minus one percentage point in 2024 as well.

“In my opinion, in 2024 inflation in the base scenario will still be around 10%. I don’t really know why it shouldn’t be like that. But when it comes to 2024, we have a lot more unknowns,” he said.