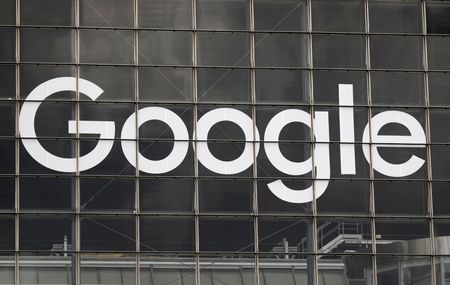 WASHINGTON (Reuters) – Google parent Alphabet filed on Wednesday a redacted version of its motion to dismiss a U.S. government lawsuit against it, which argued that the company broke antitrust law to maintain its monopoly in search and search advertising.

The filings on Wednesday show that the company is mounting a vigorous defense against the antitrust cases, which, if successful, could force the tech giant to spin off assets.

In December, Google asked Judge Amit Mehta of the U.S. District Court for the District of Columbia to dismiss both the antitrust case that the Justice Department filed in 2020 along with 11 states as well as a related complaint brought by 35 states led by Colorado. The motions were sealed and redacted versions were filed on Wednesday.

The Justice Department’s lawsuit, filed by the Trump administration, alleged that Google violated antitrust law when it paid billions annually to Apple, LG Electronics Inc and other smartphone makers to ensure that Google search was the default.

Google is facing additional allegations of antitrust violations from dozens of states. The lawsuit filed by Colorado and other, which was also filed in 2020, also alleges that Google illegally limits rivals’ ability to operate its Search Ads 360 tool, used by advertisers to manage online marketing campaigns. It also argues that Google broke antitrust law to hamper rivals, such as travel-oriented websites.

Google urged the judge to toss out the state lawsuit also on the grounds that the states failed to show evidence that they harmed competition, among others.