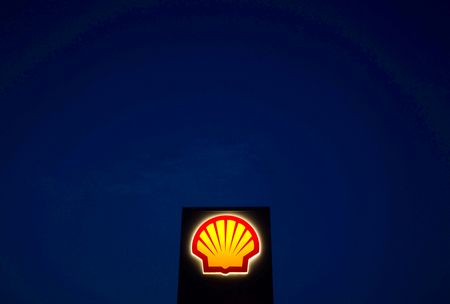 LONDON (Reuters) – Shell held talks with Harbour Energy to sell its Norwegian oil and gas fields last year but could not reach a deal due to gas price volatility and uncertainty over the long-term outlook, three company sources told Reuters.

London-based Shell has said it will focus its oil and gas operations in nine basins around the world, triggering a growing internal competition among assets as it aims to gradually reduce its oil and gas output and grow renewables and low-carbon operations to cut its greenhouse gas emissions.

A sale of Shell’s oil and gas portfolio in Norway, where it has been for more than 110 years, would mark a continued retreat from the North Sea by the world’s largest energy companies which are focusing investments on newer, more profitable basins.

Talks with Harbour Energy, the largest British North Sea producer, reached an advanced stage towards the end of 2022, the sources said, just as Norway cemented its position as Europe’s top natural gas supplier after Russia’s invasion of Ukraine.

Shell and ConocoPhillips are the last two oil majors to operate offshore fields in Norway, while TotalEnergies only retains stakes in non-operated fields.

Negotiations with Harbour Energy included Shell’s assets in Norway and its small-scale operations in Italy and several ageing assets in the British North Sea, the sources said.

Shell’s new chief executive Wael Sawan, who succeeded Ben van Beurden on Jan. 1 after his nine year tenure, is not currently reviewing these assets, two of the sources said.

Harbour Energy, led by CEO Linda Cook, wants to expand its operations beyond the British North Sea after the government imposed a 35% windfall tax on oil and gas producers, bringing the total tax rate to 75%, one of the highest in the world.

Shell’s hopes of expanding its oil and gas production in Norway were dealt a blow last year after partners in its Linnorm gas discovery could not agree on its development as a standalone field, sources said. It is also a partner in the Ormen Lange Phase 3 project, the country’s second largest gas field.

British rival BP holds a minority stake in independent oil and gas firm Aker BP, the second largest Norwegian producer, while both Exxon Mobil and Chevron divested their offshore assets in Norway completely in 2019 and 2018, respectively.

Beyond oil and gas, Shell is involved in several major renewables and low-carbon projects in Norway including in offshore wind blocks, a biofuels plant and the Northern Lights carbon storage and use project.

Shell’s annual report shows it held stakes in 21 Norwegian oil and gas production licences at the end of 2021, including a 17.8% stake in Ormen Lange, a 45% stake in the Knarr field and 8.1% of the Troll oilfield.