This decline sets up the potential for a bear market rally. These are rallies that are sparked by short-covering and fast money rather than real buying.

Headline-related risk can spur this type of activity. The two-day Fed meeting can create this risk.

Tomorrow, the Fed concludes a two-day meeting. It is expected to raise rates 50 bps and start to unwind its balance sheet. This is a negative for equities, but it can be argued that it is priced into stocks.

What happens if Powell hints that the recent slowdown in activity is cooling inflation? It is unlikely but not out of the realm of possibility. This risk will weigh on shorts. Some will cover positions ahead of the event. Others will be quick to protect profits if the bulls start to press the issue.

Traders can take advantage of this volatility by being nimble and prepared.

It is wise for traders to be prepared with a list of oversold candidates to buy. These do not have to be names you want to hold for the long term, but they can provide a nice quick return if a bear market rally kicks into gear.

Here is a list of potential bounce candidates. To be clear, these are short-term trade opportunities, not buy and hold candidates per se.  The stocks have RSIs under 30 which is the level most technicians use to define an oversold stock. You should have these on your radar:

Accolade (ACCD)- The cloud healthcare play suffered a record plunge on April 29 as it missed earnings expectations and announced the loss of its largest customer. The stock fell from the $12 to an all-time low of $4.61. $5 tends to be psychological support for stocks and that came into play following the steep decline. A 64 million float and a 6% short interest mean this stock is volatile and ripe for a quick squeeze in the right conditions.

Amazon (AMZN)- The stock was hammered after posting poor Q1 results. Shares are down 28% since late March. The stock still has a 20:1 share split coming in a couple of weeks which will put it on radars. Index fund managers will start to peak at this name at these levels. A test of the $2600 gap down resistance would set up for atest in any bounce scenario. This is one name we would be comfortable holding on to for the longer term.

AON PLC (AON)- The stock hit a 52-week high on April 21. Since then, it has fallen 16% as there has been forced selling in several financials. AON posted a solid round of earnings last Friday which helped it stem some of the selling pressure. If the stock can re-establish ground above the 200-sma ($293) then it sets up as a nice bounce-back candidate.

Boeing (BA)- Not much has gone right for BA over the past two years. The company reported a kitchen-sink type quarter last week. As Cowen stated, “Q1 looks like a catharsis deck scrub”. Shares are down 26% YTD and have shown some signs of arresting the decline around $150. BA should rally back toward the gap down resistance of $160 if markets stage a broad-based bounce. 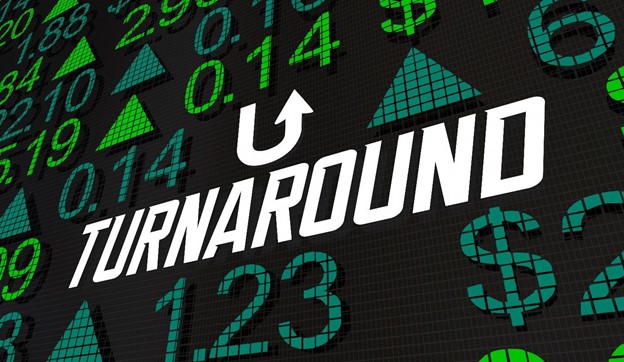 Disney (DIS)- Shares are down 26% YTD. The Relative Strength Index sits at 28. The stock has been under duress as fears from political pressure and a perceived slow down in streaming weigh on the stock. It is now trading at $113, a level it last saw in July of 2020. Earnings are next week (May 11) so sentiment should remain negative into that print. But this sets up well for a potential bounce post-Fed.

Direxion 3x Financial Bull (FAS)- As we mentioned above with AON, financials have been under pressure the past few weeks. Growing recession concerns have trumped the idea of higher rates providing more profitability. The FAS is a 3x levered bull financial ETF that is a great way for traders to play a bounce in the space.

General Electric (GE)- The Industrial conglomerate has been under pressure since posting disappointing Q1 results. The stock tumbled from the $90 level down to $75 where it is fighting to find support. Shares are cheap at 15x forward earnings and could jump onto some radars. Its RSI sits at a minuscule 26. This morning, CEO Lawrence Culp offered his vote of confidence by purchasing 5K shares.

J.P. Morgan (JPM)- We mentioned a few financials in this column. Why not just cut to the chase and go after, arguably, the best name in the space? Shares of JPM are down 24% on the year as its premium valuation has been slashed. It now trades at a very fair Price-to-Book of 1.38x. This would be the one name that we would view without hesitation as a long-term buying opportunity in this group.

Stanley Decker (SWK)- The stock broke below key support levels as it reported an earnings miss last week. Inflationary pressures, divestitures, and the closing of Russian operations all played a role in the disappointing round of results. The stock valuation has been sliced down to 9.8x forward earnings. A bounce-back above the gap down resistance at $130 would set up a rally to the $140 area.

Teledoc (TDOC)- The eHealth play has been the bane of Cathie Wood’s Ark Fund over the past couple of months. The stock is down 60% YTD and is 79% off its 52-week high. It has a 159 million float and 16% of that is held by shorts. The performance has been abysmal, but this is the type of oversold candidate that you should have on your list for a bounce.