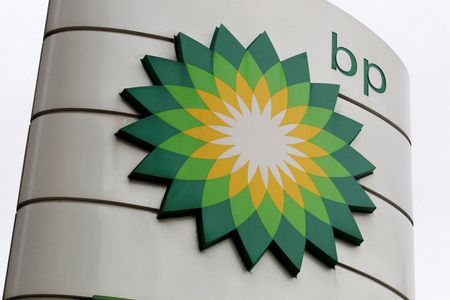 By Rowena Edwards and Julia Payne

LONDON (Reuters) – Oil majors BP and Shell have held back from offering spot diesel cargoes in the market for the past two weeks, two traders with direct knowledge of the matter said on Thursday, fearing looming shortages in Germany.

Russia is a major diesel supplier to Europe and accounted for 58% of Europe’s diesel and gasoil imports last year, analytics firm Vortexa said on Thursday.

One of the two traders said that Germany’s diesel supplies were tight even without sanctions on Russian product.

“Lights will not go out, but prices are extremely high,” one of the sources said.

BP and Shell had been active in offering diesel products for the past two months but in the last two weeks they are holding rather than selling, both traders said.

A source close to Shell said the company was far away from a scenario where there’s scarcity of these products, but spot volumes will be tighter.

The source added that the company “sent out notifications to German customers in which they prepared them for lower spot volumes for petrol, diesel, heating oil and lubricants”.

Shell said it would immediately stop trading Russian crude and phase out other involvement in Russia after it faced a backlash over a purchase last week.

BP did not reply immediately to a request for comment.

(Reporting by Julia Payne and Rowena Edwards in London; Additional reporting by Christoph Steitz in Frankfurt; Editing by David Goodman)