Last month, Jamie Dimon put the markets on notice as he said his bank was preparing for a “hurricane”. Today, the bank announced steps to protect itself from a pending storm system.

J.P. Morgan (JPM) placed $400 million into its reserves to protect against potential delinquencies. It also halted its share buyback program, preferring to keep money in its coffers rather than return it to shareholders.

The moves led to the banking giant missing expectations. This is garnering plenty of headlines and adding to the negative sentiment permeating equity markets.

Are the results as bad as the headlines suggest?

Net Income was down -28% y/y to $8.6 billion, primarily due to a reserve build verse the prior year’s $3 billion release. Net interest income (NII) was $15.2 billion, up 19%. NII excluding Markets was $13.7 billion, up 26%, driven by higher rates and balance sheet growth. Net interest margin (NIM) was boosted by higher interest rates, rising 13 basis points sequentially to 1.80%.

JPM maintained a healthy Return on Equity at 13%, flat quarter over quarter. Its Return on Tangible Common Equity increased to 17% from 16%. JPM was asked on the call about its long-term RoE target and it did dodge the question suggesting there could be some pressure on this metric moving forward.

Consumer and Community Banking revenues were $12.6 billion, up 3% sequentially as credit card and auto loan demand remained strong. Debit and Credit Card sales increased +15% y/y. Credit Card & Auto loans increased by 1% to $5.05 bln. The bank saw an increase in demand for loan growth (more CCs being passed out) which is part of the reason why it wanted a $150 bln reserve build in the segment.

Overall, the revenue performance was solid and does not suggest a slow down in demand. The one red flag would be in the IB decline which highlights a cautious market sentiment as clients are holding back on equity and fixed income underwritings. We now turn our attention to the balance sheet. 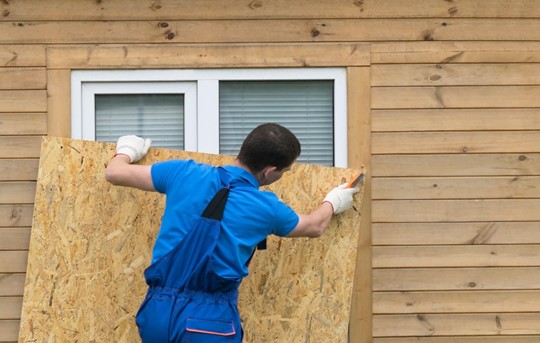 J.P. Morgan announced a provision for credit losses of $1.1 billion. This includes $657 million of net charge-offs and a net reserve build of $428 million, primarily reflecting loan growth as well as a modest deterioration in the economic outlook.

Net charge-offs were down $77 million compared to the prior year’s level of $734 million. The bank is preparing for a rainy day but the actual credit losses remain benign.

The net reserve build in the current quarter included $238 million in Wholesale and $184 million in Consumer. The prior year’s provision was a net benefit of $2.3 billion, reflecting a net reserve release of $3.0 billion and $734 million of net charge-offs.

JPM stated that it wanted to build up reserves as it saw a further extension of credit. What is interesting is that, on its conference call, it spent most of the time railing against increased capital needs to meet G-SIB targets as a primary reason for the build, not credit trends per se.

When asked about credit conditions the bank admitted that they remained in great condition. The one red flag that they called out was a weakening of buffers in lower-income accounts. Prime credit remained pristine.

Banking analyst Mike Mayo called the bank out, noting that its commentary did not necessarily reflect the Q2 results or its actions. The bank responded that it continues to see the swirling winds pick up and needs to be conservative. This could result in JPM reversing course if the economy settles.

The banking giant also announced it would suspend its stock buyback program. It would prefer to build reserves than return that capital to shareholders. This is not a complete surprise as we saw very few share buyback announcements from its peers when the latest bank stress test results were announced.

JPM’s outlook in terms of metrics was upbeat.  It sees NII ex markets of $58 bln+ which is above its prior outlook of $56 bln+. The rise in rates helps boost the bank’s confidence. It reaffirmed its expense expectations for FY22- approximately $77 billion. This is interesting as reserve builds would be included in this outlook. Net Charge Offs (NCOs) are expected to remain under 2%.

Again, the outlook provided does not reflect the very cautious tone.

JPM is starting to board up the house, but the storm system has not reached land. The bank expects to be in the middle of its flight path and is preparing for that potential. It remains to be seen if it will make landfall and, if it does, what category the hurricane it will be.

Perhaps the biggest issue for markets is the earnings miss at both JPM and Investment Banking peer Morgan Stanley (MS). Both banks missing estimates raises the fear that analysts have not adjusted consensus expectations low enough. This takes aim at bulls who argue valuations are too cheap on an earnings basis.

Market participants are selling the news as the share buyback pause likely caught some off guard. I remain a fan of the bank as it trades around 1.25x price to book. Remember, market participants, like to value banks based on their books. The 1.25x is a great value for this franchise.

The chart does look ugly though and it does not have much support until we get to the $100-psyche. Investors looking to scoop up this name should wait for the share price to come to them at that level.