Walmart and Target put market participants on notice a couple of weeks ago. Supply Chain issues remained a major headwind for the industry. Adding to the degree of difficulty was a change in consumer behavior. The products companies ordered eight weeks in advance were no longer in demand. This meant a build-up of inventory which leads to a promotional environment.

The domino effect is lower margins as retailers try to push products out the door. This leads to lower margins and earnings and lower valuations for stocks.

Nike (NKE) results provided us an update on this situation. Market participants wanted to know if the situation is improving. The noisy quarter suggested that there are signs of hope, but the industry continues to operate in a difficult environment.

Nike reported Q4 (May) revenues fell -0.8% y/y to $12.2 bln, slightly better than expected but decelerated from 5% growth in the third quarter. For the full year, revenue increased 5% to $46.7 billion.

Q4 Revenues increased 3% on a currency-neutral basis. The impact of FX headwinds was palpable. Investors will continue to watch FX markets as the volatility increases the difficulty for multinational operators.

Greater China was a drag on results, falling 19% from the prior year to $1.56 billion. The slowdown in China highlighted the impact of COVID shutdowns and, to a more minor degree, political ideology. Sales in the region fell -5% last quarter.

Q4 earnings of $0.90 per share, were 8 cents better than expected. Net income declined 5% y/y to $1.4 billion. The bottom line could have been worse if not for a one-time benefit on the tax line. The company did take an inventory write-down. The key takeaway is that this was a noisy quarter and we would prefer to see a few more quarters to smooth out and form a trend. 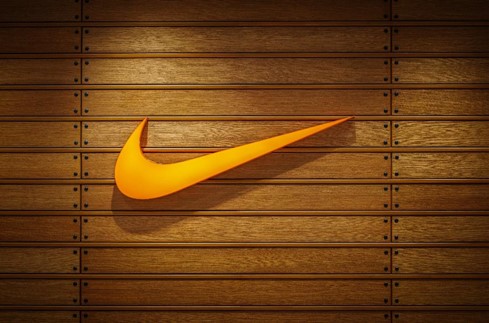 Q4 gross margins decreased 80 basis points from the prior year, slipping to 45%, short of 46.7% expectations. The decline was primarily due to higher inventory obsolescence reserves in Greater China and elevated freight and logistics costs, partially offset by strategic pricing actions and favorable exchange rates.

Full-year gross margins increased 120 basis points to 46%, primarily due to the Nike Direct business being a higher mix of sales and favorable changes in FX rates. This was partially offset by higher freight and logistics costs and inventory obsolescence reserves in Greater China this quarter.

The company’s Board authorized a new $18 billion share repurchase of the company’s Class B common stock. These purchases will take place over the next four years. This replaces the current $15 billion program which was set to retire in 2023. The new program can be suspended at any time at the Company’s discretion. The headline looks great, but the reality is that it simply provides Nike with greater flexibility on when it buys back stock. This is not necessarily a ringing endorsement.

Inventory increased 23% y/y to $8.42 billion, well above the expected $7 billion. The impact was evident in the company’s gross margins as it pointed toward Greater Chinese inventory obsolescence as a drag on margins.

Nike was cautious about its Q1 (August) outlook. The company expects revenue to be flat to slightly up from the $12.3 billion which was slightly below expectations.

The full-year outlook was also below expectations.  Nike projects revenues to increase in the low double digits on a currency-neutral basis. FX headwinds are expected to be approximately 400 basis points, putting revenue growth at 7% compared to expectations of approximately 11%.

Gross margin guidance was for it to be flat to down 50 basis points as supply chains (~100 bps) and China shutdowns (~200 bps) remain key headwinds.

Nike remains cautious in its Greater China outlook due to uncertainties around potential covid shutdowns. The guidance could be viewed as conservative. Nike is a play on any suggestion that the country is prepared to move away from its Zero Tolerance COVID policies.

This morning China announced it would slash quarantine restrictions as COVID cases decline. However, the Zero Tolerance policy will remain in play and lead to fits and stops. Management said on the call that it expects China to return to a “pull market” by the end of Q2.

There is certainly upside potential to the outlook as the company will be up against easier comparables in 2023. There is also the World Cup which occurs in Q2. However, the excess supply in the markets will likely cause a highly promotional environment. NKE did get out in front of this as it took a write-down for inventory this quarter but there will be a drag on margins until these levels are reduced.

Shares of Nike are down following the results. This is not surprising given the deceleration in the top line and worries around the excess inventory. As one of the top brand names in the business, NKE is afforded a premium valuation. The stock trades at 24.8x forward earnings. That is a little rich for us in the current environment.

The downside in the name may be a little limited due to the brand name but we think that investors will remain cautious until there are signs inventory issues are improving. That suggests that a patient investor can scoop the stock up at cheaper levels. Investors should put an alert on the name at $101 and allow it to test the key $100-psychological level.

A confluence of improved inventory and support at a key psychological level will reduce the risk and improve returns for investors.