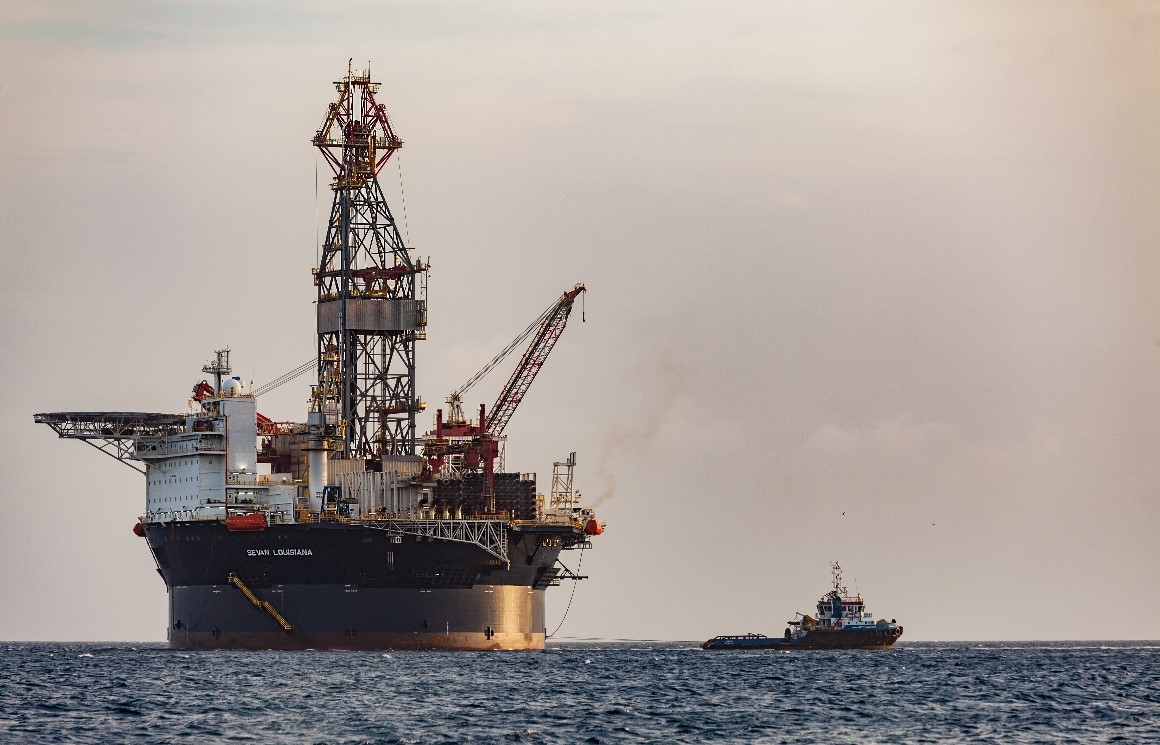 Investors have flocked to the energy sector. The momentum started in 2021 as oil prices began to ascend. The rally picked up velocity in 2022 as geopolitical crises and supply chain issues drove energy prices to multiyear highs.

Oil trades above $100 a barrel for the first time since 2014. This move has traders dusting off the oil playbook and looking for opportunities. One name is back on trader radars.

Transocean Ltd (RIG) is an oil and gas contract drilling service. Specifically, RIG drills in ultra-deepwater and harsh environment areas. As one would expect, this is not a cheap service. Oil needs to be at high levels for drilling to make economic sense.

In 2014, shares of RIG traded in the $40-50 area. Oil has been in steady decline the past seven years as alternative energy sources increased and the U.S. Shale production fields drove higher supplies. Shares of RIG followed that trend as the stock tumbled from $50 to the $2 area.

Investors are once again seeing opportunities in the deepwater driller, leading to a resurgence in the stock. Shares of RIG were trading at $3.73 on March 1. It rallied 49% to $5.56 over the next five sessions. The drop in oil on Wednesday pulled shares back to the $4.75 area. Still, the stock is up 72% year-to-date compared to a rise of 23% in the S&P Energy Sector.

The question is whether this is a trading vehicle or an investment opportunity? This leads us to a review of its recent results and a discussion around its balance sheet.

Total Fleet average daily revenue was $352 million compared to $367 million in Q3 and $347 million in the prior year period.

Revenue efficiency, which measures the company’s ability to transform contract revenue into recognized revenue, was 94.5%, down from the 2021 average of 96%.

Contract backlog was $6.5 billion as of the February fleet status report. This was down from $7.1 billion at the end of Q3.

Overall, the revenues and backlog are steady, but they are not reflecting a robust environment. There is certainly upside potential given recent trends in dayrates and fleet activity.

Operating expense fell 7.5% y/y to $430 million, in line with guidance but above the $403 million expected and the $398 million in Q3. The sequential increase was the result of a $28 million increase in allowance for excess materials and supplies, increased personnel costs and higher in-service maintenance costs across its fleet. These expenditures will remain elevated.

Transocean generated $114 million in free cash flow in Q4. This is the seventh straight quarter of positive FCF. RIG’s updated FY22 guidance was inline with its prior outlook and the implied mid-point of $820 million is above the $800 million consensus. Q4 Cash flows from operations were $185 million, compared to $141 million in Q3. The increase was due to the timing of interest payments and decreased income tax payments.

RIG did announce four new Gulf of Mexico (GoM) contracts with dayrates in the range of $290K to $395K. These elevated numbers point toward the tight conditions in that region. GoM rates are running higher than other regions but we should see an increase across the globe as the search for alternative oil sources increase.

The company has $1.2 billion of debt due over the next six quarters. Its CapEx requirements over that period are approximately $1.4 billion. It has $1.4 billion of cash on hand.

RIG has a $1.3 billion revolving credit facility that expires in June 2023. The RCF is currently undrawn but does provide a potential liquidity option. It is unclear if it will be able to extend or replace this facility.

The rising oil prices make an extension of the RCF more enticing for banks but there is a concern about financial institutions ability to support fossil fuel companies due to possible regulations. A key story to watch is if President Joe Biden’s nominee for the Fed Bank Supervisory role, Sarah Bloom Raskin, is approved by the Senate. Ms. Raskin has been vocal in her support for climate change and wants to hinder banks abilities to invest in fossil fuel companies.

The RCF issue should be resolved by the end of the year. Higher oil prices help boost the company’s cause but sentiment around fossil fuel under the current White House and Capitol Hill regime does raise red flags. That could change if conservatives are able to gain control of the House and Senate in November.

Transocean is the most optimistic it has been in seven years. That brings us back to 2014 or the last time Russia invaded the Ukraine. Energy demand remains resilient and RIG is experiencing a growing list of opportunities from customers across the globe. The company expects the upward trend in dayrates to continue in 2022 as customer demand grows and utilization for deepwater drilling assets push higher. On its call, RIG stated that oil is trading “substantially” above most offshore breakeven.

It has been a while since investors have had a reason to be excited about deepwater drilling. The economics are in its favor as oil trades above $100 a barrel. The geopolitical tensions can dissipate but the demand/supply relationship remains firmly in the camp of energy companies.

The concern around funding remains and that gives us pause. Investors have shunned fossil fuel names under the ESG banner. If the U.S. Federal Reserve follows, then that would be problematic for the industry. This has been a primary reason why there is underinvestment in the industry and a lack of resources to improve supply to meet the post-pandemic demand.

All this points to tailwinds for RIG but we have not seen it reflected in the company’s earnings. That could change and 2022 sets up as a banner year.

We would remain cautious around RIG and monitor the revolver situation. The stock does provide some opportunity at these levels and the pullback is enticing. However, it is a risky business, and one would like to see stronger results reflected in earnings. We would prefer to trade the volatility in the name with a bullish bias and wait for stronger top line growth and contract announcements before putting in a longer-term investment.