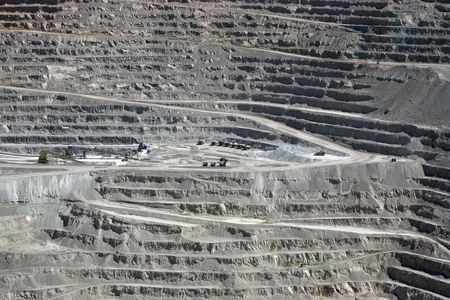 SANTIAGO (Reuters) -Workers at Chile’s Escondida Mine accepted a new offer from BHP and will not move forward with a strike that was planned for Nov. 28 and 30, their union said Monday.

“The strike was stopped because last night between 9:00 p.m. and 3:00 a.m., members voted to approve the proposal that Escondida presented yesterday afternoon,” the union said in a statement.

Workers represented by the Sindicato No. 1 union at the Australian company’s mine in northern Chile, the largest copper deposit in the world, have been threatening to strike over safety concerns.

BHP had reached a deal with the union early last week, but the agreement was pending approval by some 2,000 workers represented by the union.

Workers voted to reject the proposal on Thursday and threatened to strike if their demands weren’t met.

“The assemblies together with the board of directors decided to reject the company’s proposal,” the union said in a statement Thursday, adding that its members considered proposed security measures to be “insufficient” and wanted “concrete and verifiable” measures like joint inspections of work areas.

Details of the new offer workers agreed to on Monday were not immediately available.