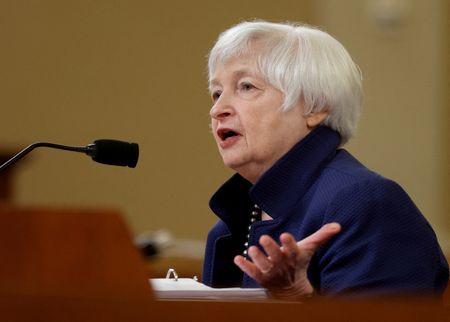 Yellen spoke about the plans for her first in-person bilateral meeting with a senior Chinese economic official in her role as Treasury Secretary in an interview with Reuters in New Delhi. The expected meeting will coincide with President Joe Biden’s planned Monday meeting with Chinese President Xi Jinping, but the exact timing for Yellen’s meeting has not yet been set.

“I expect to meet with the central bank governor Yi Gang and I expect to talk with him about a range of issues, but particularly global economic situation,” Yellen said. “I’m going to be interested in learning more about the property sector in China and I’m going to try to update him on what’s happening in the United States.

Yellen also said she would talk with Yi about low-income countries that are facing debt difficulties. The U.S. Treasury chief has been pressing China to do more to restructure bilateral debt that a range of developing countries owe to China, including through the G20’s common restructuring framework.