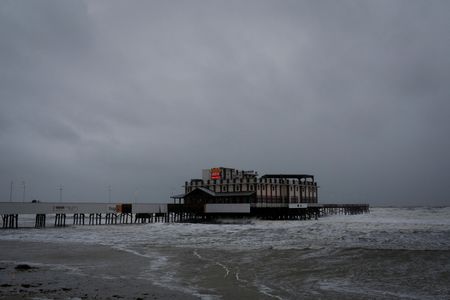 WASHINGTON (Reuters) – Airlines in the United States canceled more than 1,350 flights on Thursday as Tropical Storm Nicole made landfall on the east coast of Florida, forcing airports in the region to shut.

Orlando International Airport, which had halted operations, said domestic arrivals would resume at 8 p.m. ET. Other operations were to resume Friday.

Nearly 990 flights were canceled on Wednesday. The Federal Aviation Administration had earlier warned travelers that it expected the tropical storm to strengthen and affect travel in Florida and along the southeast coast.

(Reporting by Nathan Gomes in Bengaluru and David Shepardson in Washington; Editing by Arun Koyyur and Cynthia Osterman)