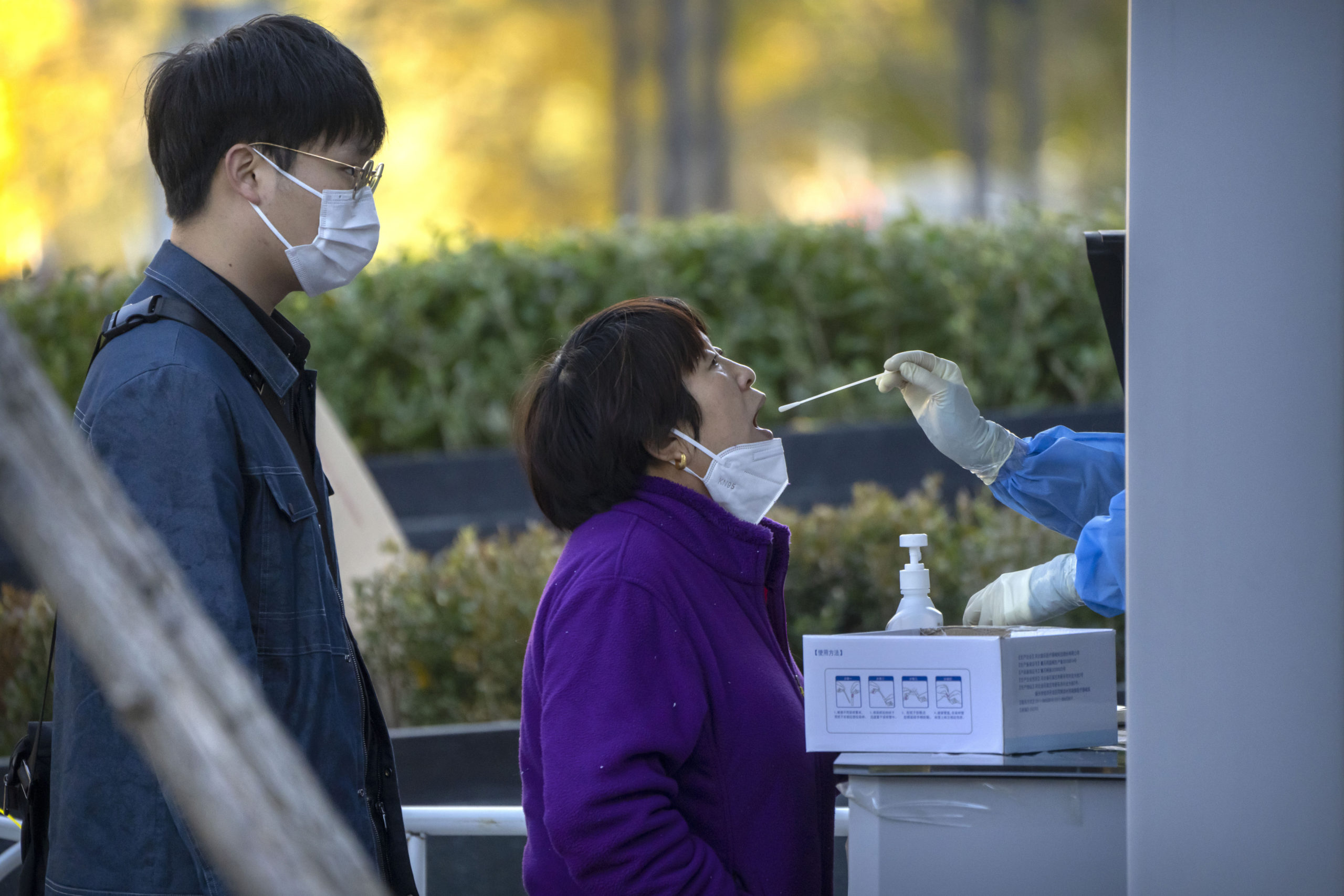 BEIJING (AP) — Chinese officials are trying to quell an outcry over the death of a 3-year-old boy from a quarantined residential compound that added to public anger at anti-virus controls that have confined millions of people to their homes.

The boy died at a hospital in Lanzhou of carbon monoxide poisoning blamed on a gas leak. His father accused health workers who were enforcing the closure of the compound of refusing to help and trying to stop him as he rushed his son to the hospital.

The father’s account on social media prompted angry comments about the human cost of the ruling Communist Party’s “Zero COVID” strategy that has confined families to cramped apartments for weeks at a time to fight outbreaks.

The quarantine system “is to protect life and health, not to confront those who need to be rescued with obstacles!” said a post on the popular Sina Weibo social media service.

The ruling party is sticking to “Zero COVID” at a time when other governments are easing anti-virus controls. That has kept China’s infection numbers relatively low but disrupts business and travel.

Residents of many ​parts of the Xinjiang region in the northwest were barred from leaving their homes in August and September. People in Urumqi and other cities who said they had run out of food and medicine posted appeals for help on social media.

Public frustration has boiled over into fights with police and health workers in some places.

The Lanzhou city government expressed “deep sorrow and regret” for the boy’s death in a statement and blamed “weak emergency response.” It said public employees who were found to have responded poorly would be “dealt with seriously.”

The boy’s father said he tried to call an ambulance after his son collapsed Monday after a possible gas leak at home. The father wrote that he asked health workers at the compound gate for help but they told him to ask someone else and asked him to show a negative virus test. The father wrote that he wound up taking his son by taxi to a hospital, where doctors failed to revive him.

A city government statement on its social media account said investigators found an employee at a neighborhood checkpoint told the father to call the emergency number when he asked for help.

Lanzhou Mayor Zhang Weiwen visited the neighborhood Thursday and promised to “open up the ‘last mile’ for the masses to seek medical treatment,” the government newspaper Lanzhou Daily reported.

The government promised to “deeply learn from the painful lessons of this accident,” the newspaper said.

The public, companies and foreign investors are watching for signs the ruling party might ease restrictions that are weighing on the economy and make travel into and out of China cumbersome.

The ruling party newspaper People’s Daily tried last month to dispel hopes for a quick easing, saying “Zero COVID” was working and citing health experts who said it had to stay in place.

Despite that, stock prices of Chinese companies jumped in Hong Kong on Tuesday after a rumor circulated on social media that a “reopening committee” might be created to look at easing restrictions. Prices fell after the government failed to confirm the rumor.

Health experts and economists say “Zero COVID” is likely to stay in place possibly through most of 2023, due partly to the need to vaccinate millions of elderly people before Beijing can consider relaxing requirements that people who come into China must be quarantined for a week or more.

This week, access to an industrial zone in the central city of Zhengzhou that is home to the biggest factory assembling Apple Inc.’s iPhones was suspended following infections.

The National Health Commission said this week the country needs to control outbreaks “with the minimum scale affected and the shortest time and lowest cost possible,” according to the Global Times, published by the ruling party newspaper People’s Daily.

That is meant to “correct mistakes from overly strict measures that have caused damage to people’s properties and lives,” the Global Times reported late Thursday.

Among other changes, train passengers bound for Beijing from the southern region of Guangxi, near Hong Kong, no longer need to submit nucleic test results, the newspaper said.

The ruling party responded to complaints about the high cost of “Zero COVID” by switching earlier this year to a strategy that isolates buildings or neighborhoods instead of entire cities after cases found.

Still, after outbreaks in Shanghai in March, most of the city’s 25 million people were confined to their homes for two months. More recently, families have been confined at home for weeks at a time following outbreaks.

On Monday, visitors to Shanghai Disneyland were temporarily blocked from leaving the park as part of virus testing the city said extended to some 439,000 people. The city health agency said the guests all tested negative.

In Zhengzhou, a city of 12.5 million people in Henan province, authorities said Thursday restrictions were being eased while the government tries to spot and isolate new cases.

On Wednesday, access to an industrial zone adjacent to the Zhengzhou airport was suspended for one week following outbreaks.

Thousands of employees who assemble Apple’s iPhone 14 at a factory there operated by Foxconn Technology Group left last month following complaints coworkers who fell ill didn’t receive medical help. The company later said it had imposed “closed loop management,” an official term for employees living at their workplaces and having no outside contact.

Foxconn said the Zhengzhou factory was operating but the company and Apple haven’t responded to questions about how production and shipments might be affected.

Authorities are focused on “restoring order to production and life” and will “strive to end this round of the epidemic as soon as possible,” said the Zhengzhou city government’s deputy secretary-general, Li Huifang, at a news conference, according to The Paper, a Shanghai news outlet.