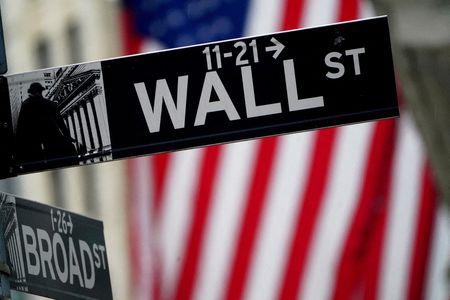 By Amruta Khandekar and Shreyashi Sanyal

(Reuters) -Futures tied to the tech-heavy Nasdaq index fell nearly 2% on Wednesday as disappointing results and warnings from Microsoft and Alphabet sparked losses in megacap companies and raised fears of slowing economic growth.

Shares of both companies fell over 6% each in premarket trading and weighed on Amazon.com and Apple, which are scheduled to report results later this week. They were down 3.5% and 0.9% respectively.

“Microsoft results point to this idea that corporate IT budgets are coming under pressure and Alphabet missing estimates speaks to perhaps a consumer that is potentially running out of steam and both point to a slowing economy,” said Josh Wein, portfolio manager at Hennessy Funds.

U.S.-listed shares of Spotify Technology lost 5.9% as margins came under pressure from a slowdown in ad growth, while Texas Instruments fell 5% after the chipmaker gave a bleak fourth-quarter outlook on lower demand.

The extensive weakness in the tech sector comes despite a drop in the benchmark 10-year Treasury yield, which fell for the second straight day on rising bets over a slowdown in the pace of interest-rate hikes. [US/]

The U.S. central bank is expected to deliver its fourth 75 basis-point hike in its Nov. 1-2 policy meeting against the backdrop of recent data pointing to economic softness.

“I don’t see this Fed as one that’s going to look at one data point and say we’re getting close to the end, so 75 bps is probably baked in for December,” Wein said.

Analysts have set the bar low for third-quarter reporting season, with aggregate S&P 500 earnings growth seen at 3.3% year-on-year, down from 4.5% at the start of the month, according to Refinitiv data.

(Reporting by Amruta Khandekar and Shreyashi Sanyal in Bengaluru; Editing by Saumyadeb Chakrabarty and Arun Koyyur)