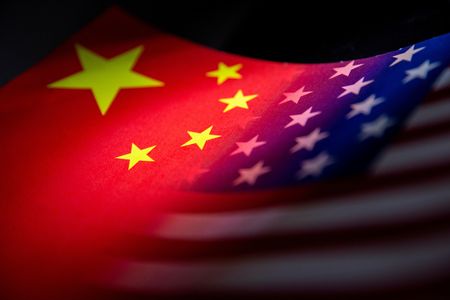 NEW YORK (Reuters) – U.S. prosecutors have charged two Chinese defendants with trying to obstruct the prosecution of a Chinese global telecommunications company, according to a filing in Brooklyn federal court.

The defendants Guochun He and Zheng Wang were charged in a criminal complaint dated Oct. 20 and made public on Monday. The telecommunications company is a defendant in an ongoing prosecution, where the U.S. Department of Justice announced a superseding indictment in February 2020.