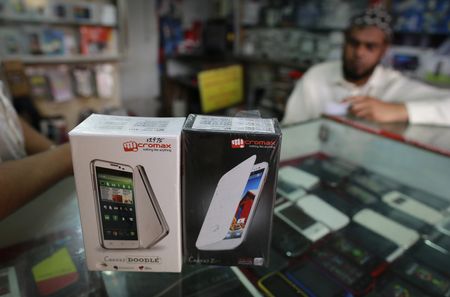 NEW DELHI (Reuters) – India’s IT ministry has no proposal to restrict sales of foreign smartphone brands that cost below $150, a junior minister said on Monday, after reports suggested New Delhi could impose restrictions to promote domestic players.

Rajeev Chandrasekhar’s comments followed reports that India was planning to restrict sales of cheap Chinese smartphones to revive the prospects of Indian-build competitors.

Asked if there was any plan to limit the sale of devices below 12,000 rupees ($150) to Indian brands, Chandrasekhar told reporters: “There is no such proposal in our ministry.”

“There is a space for Indian brands … it is not to the exclusion of foreign suppliers or foreign brands,” he said.