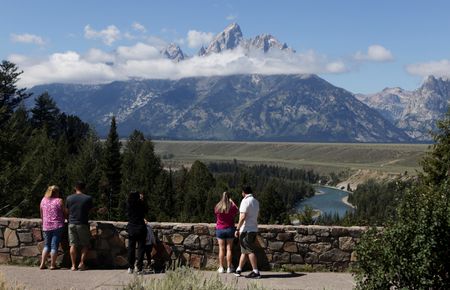 Fed chief Jerome Powell stepped up the fight against inflation in his Jackson Hole speech on Friday, making it clear that there will be no “pivot” to a looser policy stance any time soon.

Instead, U.S. households and businesses will have to endure some “pain” as the central bank raises interest rates as high as necessary to get inflation back under control.

You can add investors to that list, especially equity investors.

Asian markets will likely open deeply in the red on Monday following Wall Street’s slide on Friday. The S&P 500 fell 3.4%, its fifth biggest fall in almost two years, and the Nasdaq tumbled almost 4%. The Dow shed over 1000 points.

Powell was blunt – inflation must be tamed, no matter the collateral damage. This means interest rates are headed higher, unemployment will rise, and growth will slow. “We must keep at it until the job is done.”

Powell and co are not alone. ECB board member Isabel Schnabel told her Jackson Hole audience that central banks must continue raising rates even if economies go into recession, because de-anchoring inflation expectations is “even worse”.

Policymakers in Asia are in a different spot, especially those in China and Japan. But some, like Bank of Korea governor Rhee Chang-yong, admit that their path will large part be determined by the Fed.

The corporate calendar in Asia on Monday is light. If investors’ attention is drawn away from the macro, it may turn towards geopolitics – the U.S. Navy confirmed a Reuters report that two warships sailed through international waters in the Taiwan Strait on Sunday, a move likely to rile China’s military.

Key developments that should provide more direction to markets on Monday: