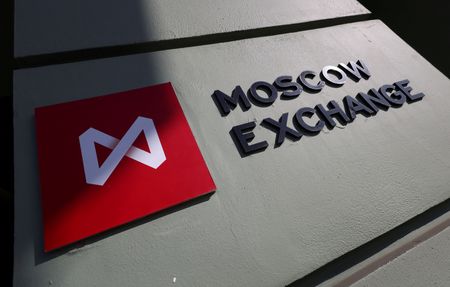 MOSCOW (Reuters) – Moscow Exchange plans to relaunch the evening session on its stock market in September, the head of its stock market department said on Thursday, as Russia’s largest bourse eyes a gradual return to normal.

Stocks trading was halted on Moscow’s bourse for almost a month from Feb. 25, the day after President Vladimir Putin sent troops into neighbouring Ukraine, prompting Western sanctions aimed at isolating Russia economically and then Russian countermeasures.

Boris Blokhin, head of Moscow Exchange’s stock market department, told reporters that the resumption of evening trading in derivatives had proved quite positive, meaning a similar step could soon be taken with equities.

“The most liquid instruments will be traded, first of all, shares on the Moscow Exchange index,” said Blokhin. “We are planning to launch an evening session in September.”

The bourse is making a gradual return to normal, but not all its efforts for a smooth resumption of activity have been successful.

Despite reopening the trading doors to some foreign investors in August, Russia’s central bank thwarted plans for those from “friendly” nations to resume trading on the Moscow stock market, as it wanted to prevent any investors from “unfriendly” countries taking advantage.

Russia considers those countries that have imposed sanctions “unfriendly”.

As a result, clients from “friendly” jurisdictions were only allowed to resume trading derivatives, with stocks trading not to return before 2023.