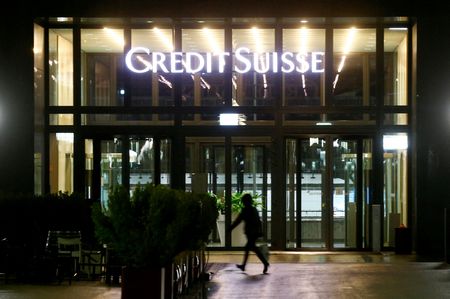 Ulrich Koerner, the latest in a string of chief executives at Credit Suisse, is trying to put the bank back on track after years of scandal and losses.

Under the reshuffle, Joshi, who was group treasurer at Deutsche Bank, will join on Oct. 1 He had previously worked at Credit Suisse from 1995 to 2003.

McDonagh, already announced as CEO of the EMEA region, will, as COO, support Koerner in the steering and strategic development of the group including operational and cost transformation, the bank said.

A Credit Suisse spokesperson said Joshi had already left Deutsche Bank. He replaces David Mathers who is stepping down.

The Swiss bank also appointed Michael J. Rongetti as interim head of the asset management division and said that all three would report to Koerner. Joshi and McDonagh will also join the bank’s executive board.

Koerner, who took over the top spot last month, is expected to scale back investment banking and cut costs. The investment bank recorded a pretax loss of 1.12 billion Swiss francs ($1.17 billion) in the second quarter and was expected to lose money again this quarter.

“We think that these new appointments are a step in the right direction towards stabilising the bank and that the focus is now on the new strategy,” Zuercher KB analyst Christian Schmidiger said in a note.

Francesco De Ferrari, who remains head of the Wealth Management division, is also appointed CEO of the Europe, Middle East and Africa (EMEA) region after serving in the role on an interim basis since January, the bank said.

Shares were indicated to open 0.3% lower, according to pre-market indications by bank Julius Baer.