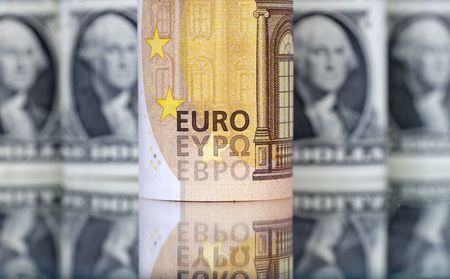 By Yoruk Bahceli and Dhara Ranasinghe

AMSTERDAM/LONDON (Reuters) – A new European Central Bank tool to shield indebted states from soaring borrowing costs failed to impress investors on Thursday, with many worried about a lack of detail and conditions that could make it tough for the likes of Italy to use.

Unveiled alongside its first interest rate hike in 11 years, under the Transmission Protection Instrument (TPI), the ECB will buy bonds from countries whose borrowing costs relative to Germany it sees as soaring through no fault of their own.

For markets, the most pressing need for the TPI is Italy, which this week saw the collapse of its government after Prime Minister Mario Draghi resigned, putting the second most-indebted euro zone member on course for early elections.

Italian markets signalled unease, with bond yields rising and the closely watched gap between Italian and German borrowing costs rising towards levels that in June prompted the ECB to begin work on an ‘anti-fragmentation’ tool.

Danske Bank chief analyst Piet Christiansen said the tool looked “cumbersome” and “not as easy to activate as markets had probably hoped for.”

“That is why markets are punishing Italian bonds as they are right now, simply because it’s not clear when and how the ECB will intervene,” he added.

To be eligible, a country must comply with the European Union’s currently suspended fiscal rules, not face severe macroeconomic imbalances, its finances should be considered sustainable, and it should have “sound and sustainable macroeconomic policies” compliant with plans submitted to the EU for its COVID-19 recovery fund.

Sources told Reuters after the ECB’s announcement that all euro zone countries were eligible based on the conditions.

But Christiansen noted that may not be the case in the future, depending on what a new Italian government looks like.

In 2018, a clash between a new populist government in Italy and the EU sparked a massive selloff in Italian bonds.

The ECB wants to stop borrowing costs in weaker states such as Italy from rising too sharply so it can raise rates to tame inflation without worrying about fragmentation risks.

Deployment of the tool was at its discretion, Lagarde said, and the ECB can adjust the criteria.

The ECB said TPI would be activated to counter “unwarranted, disorderly market dynamics that pose a serious threat to the transmission of monetary policy across the euro area,” although those parameters were left undefined.

Market observers said they were worried about a lack of detail around how and when the tool would be deployed, and the ECB’s willingness to use it.

“What the markets don’t like is that Lagarde said several times she hopes it’s not activated. The fact that she stressed that and stressed (the ECB’s pandemic bond purchase) reinvestments, puts it lower on the list for dealing with anti-fragmentation risk,” said Marchel Alexandrovich, European economist at Saltmarsh Economics, referring to ECB President Christine Lagarde.

Sources also told Reuters that policymakers did not discuss on Thursday Italy’s bond market turmoil and do not expect to use the tool imminently as conditions do not warrant it.

Analysts welcomed the ECB’s announcement that purchases under TPI would be unrestricted — meaning the programme is potentially unlimited in size.

But they noted that it did not specify how its “capital key” principle of buying bonds in relation to the size of economies would apply to the programme. Neither did the ECB specify the time horizon over which purchases would take place.

“The TPI is strong in concept but could be weak in implementation given the vague specification of its operational parameters,” said Andreas Jobst, head of macroeconomics and capital markets research at Allianz.

“This makes it very difficult to assess whether it can be sufficiently effective.”