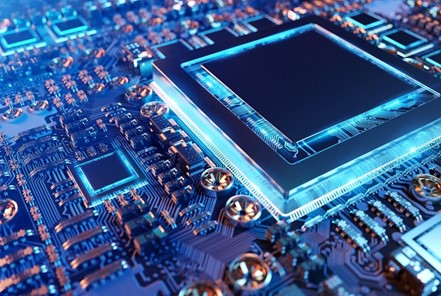 Semiconductors are coming off their worst week since January. Micron (MU) earnings was a key reason why the group was under intense pressure.

MU posted a decent third quarter as results were in line with expectations. The problem was with the guidance.

The company forecast revenue of approximately $7.2 billion for Q4 (Aug). This was a remarkable 21% below consensus expectations and even below the most bearish of estimates. There has been concerns about a slowdown in the semiconductor sector, Micron is the first to quantify it for the street.

The real shocker? Micron is trading higher today than what it closed on Thursday ahead of earnings.  What does this mean for the semiconductor group as we head into earnings season?

Intel (INTC) CFO David Zisner warned about the macro environment back on June 8 at the Bank of America Global Technology Conference. He stated that the backdrop was weaker than INTC anticipated coming into the quarter and that he expects customers to reduce elevated inventory levels.

Micron shares would fall from $70 on June 8 to the $55 area ahead of its earnings. That is a 20% haircut which matches up perfectly with the lower guidance MU provided.

As we prepare for earnings, traders need to be aware of the YTD performance for some of these important semi names as well as their verticals.

Micron saw a “significant reduction” in demand near the end of the quarter. The primary drag on demand came from the PC and smartphone markets. MU expects PC and mobile sales to see some declines from the prior-year period compared to previous expectations of flat and up mid-single digits, respectively. This is not a surprise as we saw similar commentary from Brazilian chip maker Smart Global (SGH) two sessions earlier.

The softness has been regulated to PC and smartphones. Data Center, automotive, Internet of Things, and 5G remain areas of strength. Will that continue?

Data centers have been key areas of growth for the chip players but two major customers, Alphabet (GOOG) and Meta Platforms (META) have raised worries about the advertising environment. META has signaled a slowdown in spend. If the rest of the sector sees the same weakness, which is highly likely, then the DC weakness would be the next shoe to drop.

Data center chip buyers have been filling up inventories due to recent shortage fears. These elevated levels could be running into a weaker demand period. This will take a few quarters to alleviate the issue and suggest that a difficult environment may persist through the holiday period.

Nvidia (NVDA -50%) and Marvell (MRVL -51%) are key players in the DC arena. MRVL derives over half of its revenue from this vertical and was a notable outperformer last earnings period.

Micron slowed its CapEx plan for the upcoming year. We have seen INTC pause on its buildout in Columbus, OH due to uncertainty around Congress’ semiconductor competitiveness bill. If we see similar commentary from other chipmakers then that could impact semi cap equipment makers like Applied Materials (AMAT -44%), Lam Research (LRCX -44%), and KLA Corporation (KLAC -30%).

The semiconductor space has been volatile in 2022. After two hot years of strong orders and share price increases, we are seeing valuations reined into more conservative levels. There are a lot of investors chomping at the bit to get in on these pullbacks.

The Micron price reaction should be an eye-opener for traders and investors. We will continue to watch this space closely to see if a bottom has been put into place.