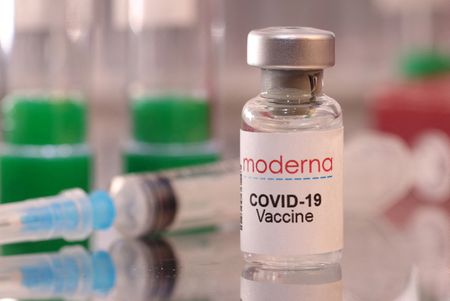 (Reuters) -Moderna Inc will delay its COVID-19 vaccine deliveries to the European Union by several months under an agreement announced on Thursday.

The U.S.-based vaccine maker will postpone the delivery of some doses initially planned for the second quarter of 2022 to later in the year, the European Commission said in a statement.

This is the bloc’s second agreement with vaccine manufacturers to optimise supply as it gears up for a potential booster campaign in the fall.

In May, Pfizer Inc and German partner BioNTech SE also agreed to push back COVID vaccine deliveries by three months.

The European Commission plans to finalise more such agreements in the near future, it said.

(Reporting by Mrinalika Roy in Bengaluru; Editing by Devika Syamnath)