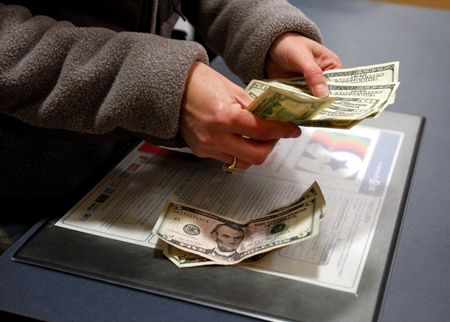 (Reuters) – The economy in the majority of regions in the United States expanded at a modest or moderate growth pace from April through late May and there were signs that the Federal Reserve’s actions to cool demand were beginning to be felt, a Fed report showed on Wednesday.

The latest temperature check on the health of the economy comes at a critical time for the U.S. central bank as it more aggressively tightens financial conditions in its quest to bring down inflation that remains at a 40-year high.

The Fed raised its benchmark overnight lending rate by half a percentage point last month, to a target range of between 0.75% and 1%, and plans further increases of the same size at its next two meetings in June and July.

Fed Chair Jerome Powell has said that policymakers will continue to ratchet up rates until inflation, running at more than three times the central bank’s 2% target, comes down in a “clear and convincing” way.

There were tentative signs in the report that firms and consumers are beginning to respond.

“Retail contacts noted some softening as consumers faced higher prices, and residential real estate contacts observed weakness as buyers faced high prices and rising interest rates,” the Fed said in its survey, known as the “Beige Book,” which was conducted across its 12 districts through May 23.

The Fed faces a difficult task in dampening demand in the economy enough to curb the soaring cost of living while not causing a recession. It has not been helped by persistent supply chain issues outside its control, exacerbated by recent lockdowns in China to restrict the spread of COVID-19 and a spike in food and energy costs due to Russia’s invasion of Ukraine.