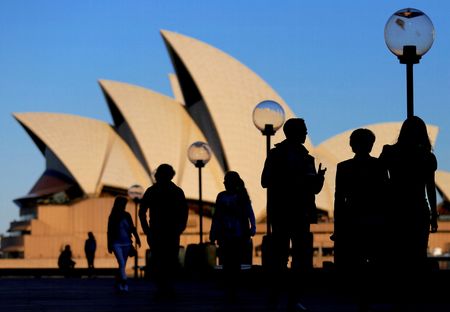 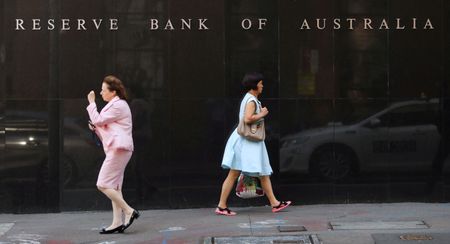 SYDNEY (Reuters) – Australia’s central bank on Friday drastically revised up forecasts for inflation, foreshadowing how far interest rates might have to rise to bring the country’s cost of living crisis under control.

In its quarterly statement on monetary policy, the Reserve Bank of Australia (RBA) warned core inflation could now hit 4.6% by December, a startling two percentage points higher than its previous forecast made in February.

That would be well above the RBA’s 2-3% target band and inflation was only seen returning to the top of the band by mid- 2024, suggesting a lengthy tightening cycle was in store.

At the same time, unemployment was now forecast to drop further to 50-year lows of 3.6% over the year ahead and finally push up wages after years of miserly gains.

It was this potent mix that led the RBA Board this week to raise interest rates by 25 basis points to 0.35%, the first increase in more than a decade, and to flag a lot more hikes ahead.

“The Board is committed to doing what is necessary to ensure inflation in Australia returns to target over time,” RBA Governor Philip Lowe wrote in the 68-page statement. “This will require a further lift in interest rates over the period ahead.”

Lowe himself nominated 2.5% as a rate that would be neutral for the economy, but was noncommittal on how fast, or whether, they might get there.

The RBA is hardly alone in this predicament with the Federal Reserve hiking by half a point this week and flagging similar moves in June and July. The Bank of England also hiked on Thursday but was notably more downbeat on the economic outlook.

The sudden rise in Australian borrowing costs has been unwelcome news to Prime Minister Scott Morrison as he fights a tough election campaign based squarely on economic management.

It was also a blow for Australian households who hold a record A$2 trillion of mortgage debt amid one of the biggest housing bubbles in the country’s history.

The RBA is confident consumers can weather these ill winds, thanks in part to an extra A$272 billion of savings households built up during the pandemic.

The central bank forecast the economy would grow a healthy 4.2% this year, before slowing to 2.0% in 2023 as rising rates, higher inflation and a moderation in house prices take a toll.

There were plenty of unknowns, however, ranging from new coronavirus variants, to the conflict in Ukraine, global supply bottlenecks and how households would react to the new reality of higher inflation.