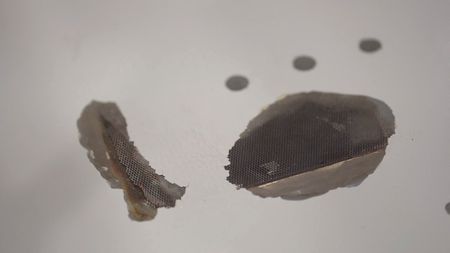 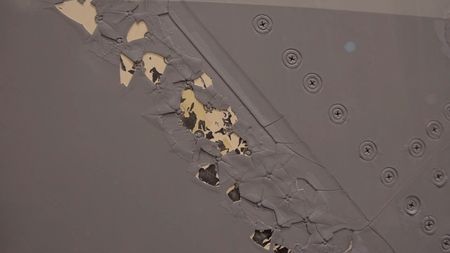 PARIS (Reuters) -Qatar Airways took a $4 million-a-day dispute with Europe’s Airbus to social media on Friday, publishing a video https://www.youtube.com/watch?v=mKN0SpWeILo&feature=youtu.be of the scarred exterior of grounded A350 jets that the airline said underscored “serious and legitimate safety concerns.”

The two sides have been locked for months in a spiralling dispute over deterioration to paint and anti-lightning protection on the passenger jets, which Airbus has said is happening prematurely but does not represent any safety issue.

Qatar Airways hit back with the first official images of jets grounded by its regulator after Airbus accused the state airline of engineering the dispute to obtain compensation.

The dispute has led to the grounding of 21 planes out of 53 A350s operated by Qatar Airways and cast a pall over the airline’s preparations for the World Cup later this year.

Qatar Airways is pressing in a London court for compensation of more than $600 million, while Airbus raised the stakes on Thursday by revoking a separate order for 50 A321neos, portraying the rift as a contractual rather than safety spat.

In the video lasting just over a minute and a half, Qatar Airways showed degradation on two A350s grounded by the country’s regulator.

Airbus has said there is “no reasonable or rational basis” for the groundings, which have not been matched by operators of A350s in other countries.

The clip showed peeling or missing paint and damage to underlying anti-lightning protection, as well as what the airline described as patches of the underlying structural carbon-fibre exposed to moisture and ultra-violet light.

The images echoed damage to A350s first revealed in pictures exclusively https://www.reuters.com/business/aerospace-defense/costly-airbus-paint-flaw-goes-wider-than-gulf-2021-11-29 published by Reuters last November, as part of an investigation showing at least five other airlines had reported A350 surface damage since 2016, well before the Qatar dispute.

“We continue to strongly believe that Airbus must undertake a thorough investigation of this condition to conclusively establish its full root cause,” Qatar Airways said.

Airbus says it has provided the relevant information and concluded that there is no airworthiness risk, a view echoed by Europe’s aviation regulator.