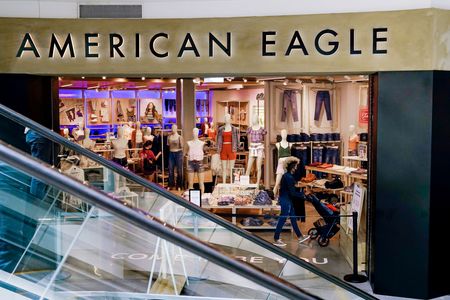 (Reuters) – American Eagle Outfitters Inc reported a loss for the second quarter on Wednesday and said it would pause quarterly dividend as it strives to tide through lower demand due to inflation, sending its shares down 14% after market.

With the United States on the edge of a recession, and prices of food and everyday essentials exceptionally high, consumers are limiting expenditure on non-esssentials such as apparel.

American Eagle reported a net loss of $42.5 million for the second quarter, compared with a net income of $121.5 million, a year earlier.

The company’s net revenue came in at $1.20 billion, up from $1.19 billion a year earlier, and was in-line with analysts’ expectation, according to IBES data from Refinitiv.