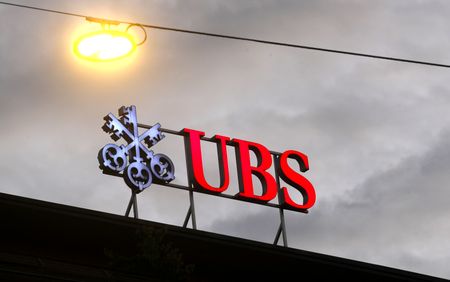 ZURICH (Reuters) – Three organisations have filed a criminal complaint to federal prosecutors in Switzerland, alleging possible money laundering and a failure to exercise due diligence at UBS in relation to funds they say were received by an alleged associate of former Congolese president Joseph Kabila.

“The criminal complaint transmitted to the (Office of the Attorney General)… relates to the actions of …a Belgian businessman close to Joseph Kabila, and (to) UBS in Geneva and Zurich, where he received funds of shady origin,” Swiss campaign group Public Eye, which filed the complaint alongside two other groups, said in a statement on Friday.

The criminal complaint, filed to Switzerland’s Office of the Attorney General, centres on transactions totalling $19 million they say were sent to the alleged associate’s UBS accounts in Zurich and Geneva in 2012 and 2013.

The groups said the funds in question led back to the payment of bribes and, separately, an unregulated credit mechanism at the Congolese central bank, which Public Eye said “could constitute a misappropriation of public funds”.

An attorney for Kabila did not immediately respond to requests for comment by telephone and text message.

The individual named by Public Eye also did not immediately respond to a request for comment sent via LinkedIn.

The Office of the Attorney General confirmed it had received the criminal complaint.

“The criminal complaint will now be examined in accordance with the usual procedure,” a spokesperson said in an emailed statement.

Based on the filing, the attorney general’s office may decide to open criminal proceedings, assign such proceedings to regional prosecutors or determine that no proceedings are necessary.