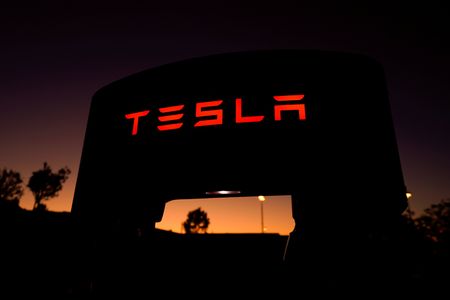 SAN FRANCISCO (Reuters) – Leo KoGuan, a major individual investor in Tesla, on Thursday called on the electric carmaker to buy back shares, after Tesla stocks took a hit from CEO Elon Musk’s deal to buy Twitter.

The comments came as high-profile Tesla bull Daniel Ives, an analyst at Wedbush, on Thursday cut the target share price of Tesla due to China production disruption, and warned of “distraction risks” from Musk’s Twitter deal.

Tesla shares lost one third of their value since Musk disclosed his stake in Twitter in early April and sold $8.5 billion worth of Tesla stocks in a move seen to help finance his $44-billion Twitter deal.

Further hurting stocks is China lockdown measures that dampened Tesla’s production and an exclusion of Tesla from a widely-followed S&P sustainability index.

Last year, KoGuan claimed in a tweet that he was the third largest individual shareholder of Tesla who owns more Tesla shares than that of ARK Invest and Baron Capital. Viecha at that time said he “confirmed” the claims.

KoGuan previously said he was investing billions in Tesla because he believes in Musk’s “great vision I share.” He said in March that he was buying more Tesla shares, not selling during the stocks’ dip.

Tesla bull Gary Black, portfolio manager at The Future Fund, told Reuters, “If he (Musk) could get out (of the Twitter deal) Tesla’s stock would go up 10%.”