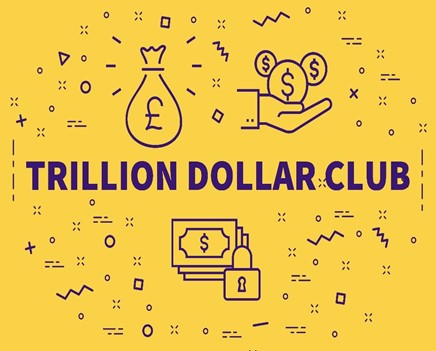 Markets are under pressure as we prepare for the busiest week of earnings. Over the next five sessions, 167 companies from the S&P report Q1 results.

This includes four of the five companies that are in the ultra-exclusive “Trillian Dollar Club”.

This group represents 5 of the top 9 weightings in the S&P or 22% of the entire index.

Bellwethers from the Industrial, Transports, Consumer Staples, Consumer Discretionary, and Energy sectors are all on the calendar. It is the big tech names that will garner the most attention following the Netflix (NFLX) debacle. Markets will take their cue from these earnings, outlook, and price action as we prepare for a 50-basis point rate hike.

We will concentrate on the big five tech names and point out key themes and levels that traders need to watch. The primary focus for participants is on cloud, enterprise, and the consumer and whether fears of a global slowdown are warranted.

Recall, shares of GOOGL rallied 10% following a strong Q4 earnings report. It hit an all-time high of $3042 on February 4 but has fallen 25% over the past two months. A volatile advertising backdrop  led investors to the sidelines. Markets expect forward looking numbers for GOOGL to come down as growth expectations slide.

Shares of GOOGL are trading at 17x forward earnings which is very cheap for a company with these growth rates. The market wants to see how much negative news has been priced into shares. If GOOGL impresses, look for the stock to rally toward $2500. Holding that ground would be key for traders and the broader market.

MSFT gives us insight into the big secular trends in software. It provides us with a broad read of enterprise and consumer spend.

Its cloud product, Azure, has seen momentum the past few quarters and is expected to start challenging Amazon’s (AMZN) AWS as the market leader by 2025.

Market participants are worried about a slow down in enterprise spend as weaker PC data has been a red flag for tech. We want to watch MSFT’s Productivity & Business Segment for a read on that business.

MSFT trades at a forward price-to-earnings of 25.4x, not cheap but a fair price for an industry giant. Shares of MSFT are at a key inflection point as they fight to hold $270 support. This is the level it broke above back in July of 2021.

MSFT has held relatively steady throughout this tech sell-off, dancing between $270-340. If this level fails to hold, then MSFT investors can expect some further downside with the next support area coming around $220-240.

Shares of FB fought to hold the $300 level ahead of its Q4 results. A poor round of results sent investors to the exits. The stock lost 21% of its market value after the company missed expectations and warned about slower earnings growth.

An increase in competition, particularly from TikTok, and changes to Apple’s iOS system led to the decline. FB said it would lose $10 billion in revs in 2022 because of the Apple changes!

Analysts panned the results with a slew of downgrades and price target cuts. FB needs to show it has arrested the downward trend. A monetary pickup in its Reels unit would be a big story for bulls to get excited about.

The stock has failed to halt the decline as shares remain under pressure. FB is down another 22% since the initial earnings reaction. Shares are trying to find support near the March lows of $185.

FB trades at 12.8x forward earnings which reflects the slow growth potential. Expectations could not be lower. If the company reports another poor quarter and the stock holds $185 then we could be looking at a sign of “sellers’ exhaustion”. We should note that NFLX did not see a reprieve but it was also a more expensive stock on an earnings basis.

The Q4 print disappointed as e-commerce growth slowed while costs rose higher than expected. Expenses are the bigger concern for the markets as higher fuel and wage prices impacted operating income for AMZN.

AMZN took steps to protect itself and raised prices on third party vendors. The company raised its Prime membership cost to $139 from $119.

The early channel checks for Q1 suggest some recovery and in-line numbers.

Amazon expanded its share buyback authorization by $10 billion on March 9 and announced a 20:1 share split effective June 6. The share buyback was the first capital return increase since 2016 and may signal an end to covid cost pressures.

AMZN shares are down 15% in the month of April. We will see how the stock performs but, with a healthy share buyback program and a stock split on the horizon, this name sets up as an interesting buy if it falters around earnings.

There are some near-term risks for Apple due to COVID-related shutdowns in China, poor channel checks for app sales, and FX headwinds. There are also indications of a slow down in mobile phone and PC sales which would impact the company.

Analysts believe AAPL could announce another large share buyback (rumors are for around $70 billion) and a possible dividend increase. This is part of the evolution from a growth to income story.

AAPL shares trade at a reasonable 24.6x forward earnings. Of course, if these growth figures take a hit, then that could raise some red flags for investors. It is debatable if a capital return story would be enough to offset the disappointment.

Shares of AAPL are down approximately 13% from the March highs. It is testing its 200-day moving average ($159) which sets up as the key level for traders to watch.