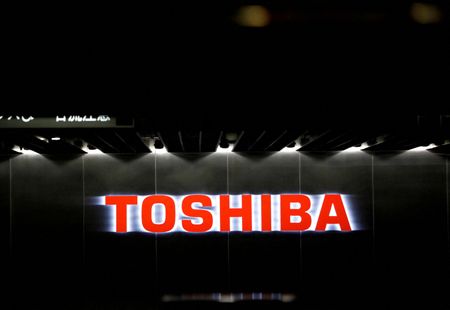 TOKYO (Reuters) – Shares of Toshiba Corp jumped more than 3% on Friday, after the Japanese conglomerate said it would solicit deal offers, including on a potential buyout, bolstering hopes of a lucrative exit for its hedge fund investors.

The Japanese conglomerate, which has been locked in a long-battle with some of its major shareholders over its strategic direction, said on Thursday it had hired Nomura Securities as a financial adviser on strategic alternatives.

Those would include privatisation, it said.

The move comes after its shareholders last month voted down a company proposal to spin off its devices unit.