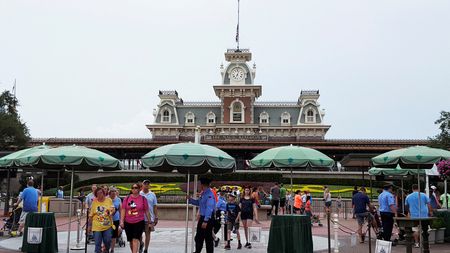 (Reuters) -Florida legislators passed a bill on Thursday that would revoke Walt Disney Co’s self-governing status in a move widely seen as tit-for-tat for the company’s opposition to a new state law limiting discussion of LGBTQ issues in schools.

The bill now heads to the desk of Governor Ron DeSantis, who is all but guaranteed to sign it. The Republican-led state House voted 70-to-38 to do away with a special tax district that allows Disney to self-govern the roughly 25,000-acre Orlando area where its Disney World theme park complex is located. The state Senate passed the measure on Wednesday.

DeSantis, in a surprise move, had asked lawmakers to consider the legislation during a special session he called this week.

The law seeks to eliminate a handful of special tax districts including the Reedy Creek Improvement District in Orlando. That structure makes Disney, which is one of the state’s largest private employers, and other landowners responsible for providing services such as fire fighting, power, water and roads. They in turn get relief from taxes and fees.

DeSantis, a Republican who is a potential candidate for his party’s 2024 presidential nomination, wants to strike back at Disney for its opposition to a law that bans classroom instruction on sexual orientation and gender identity for students younger than about 9. The governor signed the legislation last month.

Disney which came under fire last month by many in the LGBTQ community, including some Disney employees, for initially failing to take a public stand against the measure, then condemned the legislation, saying it would pause all of its political donations in Florida. That set off a storm of condemnation against Disney by many Republicans.

Disney did not immediately respond to a request for comment on Thursday.